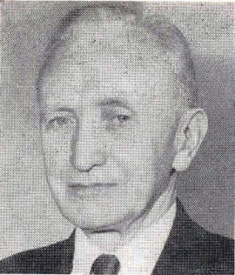 “No greater fighting regiment has ever existed than the 165th Infantry of the Rainbow Division formed by the old 69th Regiment of New York,” claimed General Douglas MacArthur of the very regiment he chose to represent New York State in a purpose built shock division that was formed from the cream of the US National Guard in WWI.

The “Fighting” 69th Irish regiment was founded in 1851 by Irish citizens in New York City as a militia regiment known locally as the 2nd Regiment of Irish Volunteers. The late regimental historian, Lieutenant Colonel Kenneth H. Powers related to this column some years back how the close identification of a regiment with a particular ethnic stock of the American population was quite rare in the US army and made the 69th unique.

In WWI, it was called into active service in 1917 and was engaged in some of the heaviest fighting of the war – Lorraine, Champagne-Marne, St. Mihiel and the Meuse-Argonne. Amongst their number was a young Irishman, Martin Meaney who was to retire as a highly honored Brigadier General of the regiment itself with service given in three wars.

It was the venerable Gerry Regan at the neighboring parish of www.thewildgeese.com fame who first gave the heads up to the Celtic Times many moons ago about the intriguing life this fascinating soldier led. The real introductory eye opener was the reference to Meaney’s involvement in the famous trial of the Christian Front in 1940 prior to the US entry into WWII as a leader of a proposed coup that was to place a “ring of steel” around Washington DC to combat an anticipated communist revolution.

As the German guns of the western front fired its baptismal shots into the American doughboys of WWI, the 69th regiment steeled itself for the campaign ahead. The regiment was divided into three battalions with each battalion consisting of four companies. Each company numbered 250 men and sixty officers.

Company M of the 3rd “Shamrock” battalion was led by Captain Martin Meaney, a native of Cree, Co. Clare. Meaney had already served as a private in the Mexican border war in 1916 where he was promoted to sergeant.

Only eight years previously he had emigrated as a 19-year-old from the family farm in the west of Ireland, taking up a job in a leading New York department store, James McCreery and Company, where he became head clothes buyer. Meaney was to lead the Shamrock Battalion in putting up one of the most heroic fights of the Great War at the Battle of the Ourcq.

Meaney’s company and Company K had suffered a three-day bombardment with mustard gas shells, resulting in the blinding of over 400 men who were just after celebrating St Patrick’s Day in the trenches in 1918.

A few months later, on 28th July 1918, the Irish American regiment engaged the German forces on the River Ourcq, advancing without the normal preliminary artillery bombardment. They forced a river crossing and fought alone with exposed flanks on the enemy’s side of the river against withering machine-gun fire.

The Shamrock battalion was in the eye of the storm, suffering heavy casualties, amongst them Sergeant Joyce Kilmer, renowned poet and author of the ballad “Trees”, who was killed in action.

It was at this juncture that the whole of the battalion came under the command of Captain Martin Meaney. Meaney led them in the last attack that broke the German resistance which included the elite Fourth Prussian Guard Division under the Kaiser’s son Prince Eithel Frederick. This victory was widely acclaimed as a great feat of arms.

The newly promoted Meaney was to be gassed and twice wounded become emerging as a major at the war’s end.

After the war, he maintained his relationship with Colonel William ‘Wild Bill’ Donovan, one of the 69th’s commanding leaders whose injuries had originally led to Meaney’s promotion at the Ourcq.

William Donovan is considered of the founding fathers of America’s Intelligence community and Meaney was to serve under his department in Italy in WWII, where he took charge of the country’s civilian police.

Meaney gave distinguished service to the NYPD in both the interwar and post war period, serving initially under the La Guardia administration. He achieved the rank of deputy commissioner. During the interwar years he married his wife Anna Stewart in 1921, and they had two sons and four daughters.

It was during the extremely controversial April 1940 Federal Court trial of the Christian Front “Sporting Club” that Meaney was pitched back into the national spotlight again. Amongst the stunning allegations made by the FBI witness was that Meaney was to become a leader of a counter-revolutionary right-wing plot to place a ‘ring of steel’ around Washington D.C. to combat an anticipated communist revolution.

It was alleged that large numbers of policemen, firemen, military and naval members had joined the anti-Semitic, anti-communist Christian Front movement which by the fall of 1939 had claimed a membership of tens of thousands and was “growing in leaps and bounds”. The case had all the trappings of a Philip Roth plot or Peter Quinn’s captivating “The Hour of the Cat”.

Denis A. Healy, the star prosecution witness, who claimed to have previously fought the Black and Tans in Ireland, also alleged that during his infiltration of the Christian Front movement Lieutenant Colonel Meaney and Brigadier General Anderson gave assurances to the Front that the National Guard would cooperate with them when the expected communist revolution began.

John F. Cassidy, one of seventeen defendants on trial for conspiring to overthrow the Unites States government, was accused of favoring “going to Washington D.C. and shooting twelve Congressmen to show the Christian Front meant business”.

Commissioner Meaney denied any knowledge of the matter, was not called to trial and the case was eventually dismissed as the Unites states became embroiled in a new World War. His military service was reactivated and he served in the Pacific and European theatres.

Upon his military deactivation in 1945 he resumed his commissioner posting until his retirement in 1958. Martin Meaney, who lived in Flatbush, Brooklyn with his family after the war, was a highly decorated soldier, including being the recipient of the Purple Heart. He had previously received a personal citation from General ‘Blackjack’ Pershing. Meaney’s soft voice and gentle mien belied a distinguished military career which saw the rise of a County Clare farm boy to the rank of Brigadier General in the US army. The press releases of his time show he was also a champion of Irish culture and he was an executive member of the American Irish Historical Society at the time of his death in 1970.

Ironically the Cree-Cooraclare and US military connections do not end with Meaney. The United States colonel who headed up Operation Red Dawn, which led to the capture of the former Iraqi dictator, Saddam Hussein was James B. Hickey. Colonel Hickey was commander of the US Army’s 4th Infantry Division’s 1st Brigade in Iraq. His father, James Snr., now 75, is from Cooraclare in West Clare, and moved to Chicago when he was 18. His mother Anne-Marie is a Mayo woman. Apparently, upon hearing of his Cooraclare roots, Saddam asked Hickey if he knew Tom Morrissey, the colourful Clare footballer and occasionally over zealous linesman of a decade or so back…

The high status in American society attained by the sons of this small but unique west of Ireland parish is confirmed by the lead role played by Bill Cunningham in the successful mayoral election campaigns of Mayor Bloomberg. Who knows, this son of a Cooraclare father, might be giving a bar or two of the Chapel Gates anthem for a future west wing campaign?